The Church Women United organized Care and Share in 1971, it is a public, non-profit, faith based agency which works to help the community by reducing the stigma surrounding food insecurity and working to eradicate hunger. Some of the prominent founders were Millie Millar, Murita Ott, Mary Lee Wood, Ruth Parker, and Rev. Paul Stengel.

Distribution of clothing, food, and furniture started on Wayne Street in the Till Dairy Building formerly located where the back of Citizens Bank is now, it then moved to the Feick building. Not having enough room they moved to the Erie County Office Building on Columbus Avenue (known as the “the Old Folks Home”). 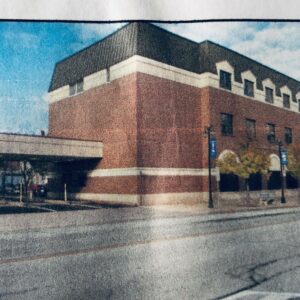 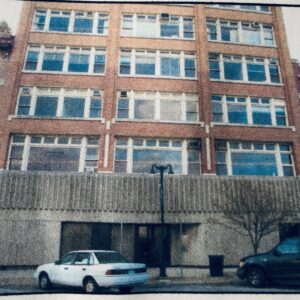 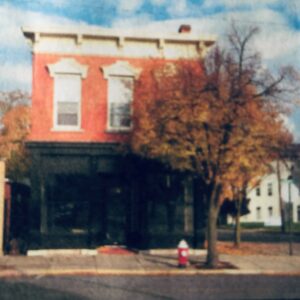 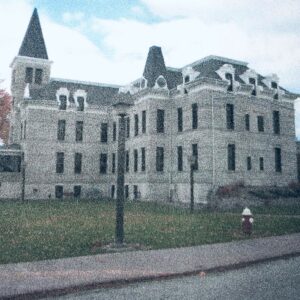 The search for space continued and clients needing services were sent to various locations: food at Trinity United Methodist Church; clothing at St. Paul Lutheran Church; bedding and linens at First Congregational U.C.C.; and furniture at the Osborne Park warehouse.

In the meantime, the cooperative charity consisting of area churches, synagogues, and foundations. This system went on until 1991 when Rev. Hal Mills, Sister Terry Maher, city commissioner Bob Kline and Ken Brewster decided to form a Center. Ruth Parker donated use of her building at Market and Hancock Streets.  Calvary Temple joined Trinity United Methodist in the Pantry work.  The Ministries Council would appoint members to Care and Share’s Board and were the back bone of the organization providing all the volunteers to run and provide services to clients.

Care and Share Inc. of Erie County incorporated in 1974. In 1992, John Fenton, President of Care and Share Board, negotiated with First Presbyterian Church to occupy their building on 241 Jackson Street.  One year of cleaning and reconstruction work prepared the building for bringing all operations under one location. President, John Fenton, was the acting Director of the Agency until 2006.

At this time the Board decided not to fill the Director’s position which lead to chaos.  It took some time but finally the Board’s President, Dan Ward, was hired as the Executive Director in 2007.

In 2010 a massive renovation of the building was completed thanks to the financial support of five local foundations: Sandusky/Erie County Community, Frost/Parker, Wightman/Wieber, Dorn, and Frohman, along with a gift from George Mylander for the project ($65,000)

Care and Share started with the concept of providing food and clothing to those in need, the need drove the growth of the organization into what it is today – a Choice Pantry.  This pantry consists of a Choice Food Pantry and a Choice Clothing/Houseware Pantry. Care and Share provides the community with a Choice Pantry which gives the individual the shopping experience and choice of healthy food they and their family will enjoy. As well as a Clothing/Houseware Pantry (store).

Why is it called a Choice Pantry and not just a pantry?  The philosophy here was to provide a grocery store feel and experience to members of the community. Allowing them to choose the food items they wanted and would use versus a prepackaged box of items they may not like, use and then ultimately waste.

Thanks to the religious organizations, foundations and businesses, who had the foresight to collaborate and come together to meet a need in the community to help their fellow neighbors and friends with supplemental/emergency food we now have this wonderful organization to serve the community of Erie County.